Why are we changing the framework?

After talking to developers who use Codebots and seeing how they are using the testing framework, the following main problems were identified:

These problems were mainly identified as being an issue within the Selenium framework.

To address these problems, we re-wrote the core of the Selenium framework. Mostly, this meant breaking out some of the core files (such as the EntityDetailsSection), all files which contain repeated logic and little to no structure. These files, as well as others, have become junkyards of unusable code.
Many of the bot-written tests involve the use of the CRUD areas of the backend and the selenium code at the core of that has been re-written.

As the testing framework is updated, all new work will be moved out of these folders. For now, the old code which remains in these folders won’t be deleted to give teams a chance to adapt to the changes as they are released.

Updated test files are being moved out of the botwritten folder.

Every new *.feature file will also contain, as a hard rule, protected regions: 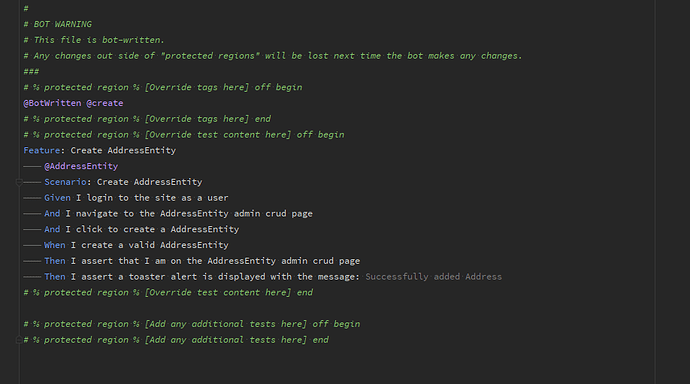 Updates steps files are being moved out of the botwritten folder. 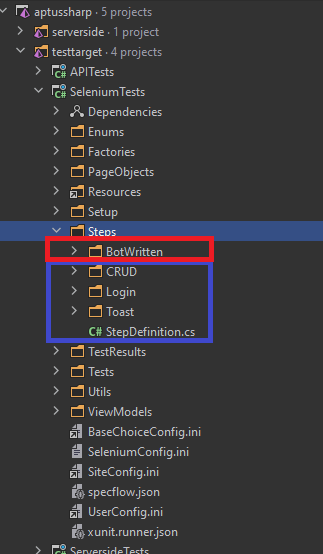 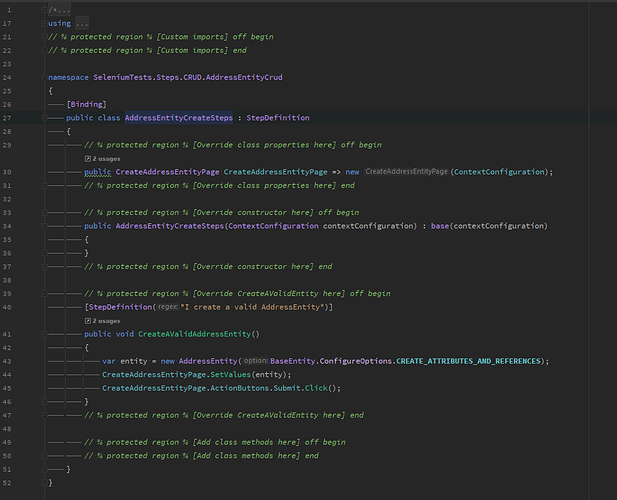 View models have gone through a lot of updates, with the focus on creating a good connections between what is contained in the client-side when a user is viewing and interacting with pages, to models of those pages and components. These models are used as the steps and should not contain assertions within them.

As part of the upgrade, many new, re-usable component models are included. These include:

The idea is to create clean, high quality re-usable components to enable developers to quickly build out their own page object models. Component models should be used in place of using IWebElements directly.

Additionally, the CRUD List components have been modelled for each entity in a way that should be re-usable throughout the application. For each entity, this includes a: 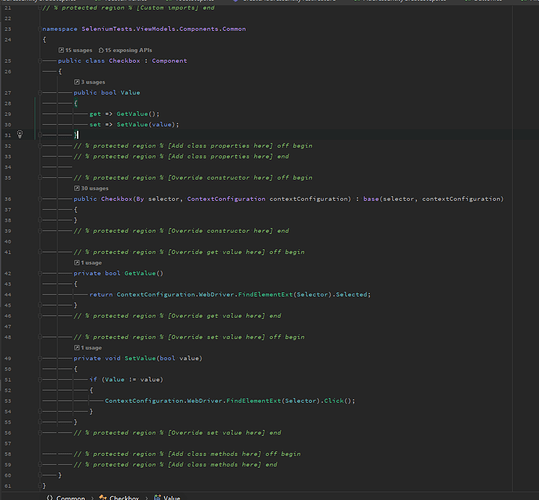 At the moment, all the old files and code is being kept in order to give developers time to move their work across to the new way of doing Selenium testing. No immediate action is required.

The first part of this process has been released in:

Improvements Added protected regions to FileUpload.tsx Completed Stage 1 of the Testing Framework refactor. This includes: New component and page object models. New step definitions for interacting with the admin area of the application. New Feature Files for CRUD tests. Large number of protected regions in those new files. Protected regions for all existing feature files to control the tags. This is so developers can turn off tests they don’t require. Selenium tests now respect the unique…